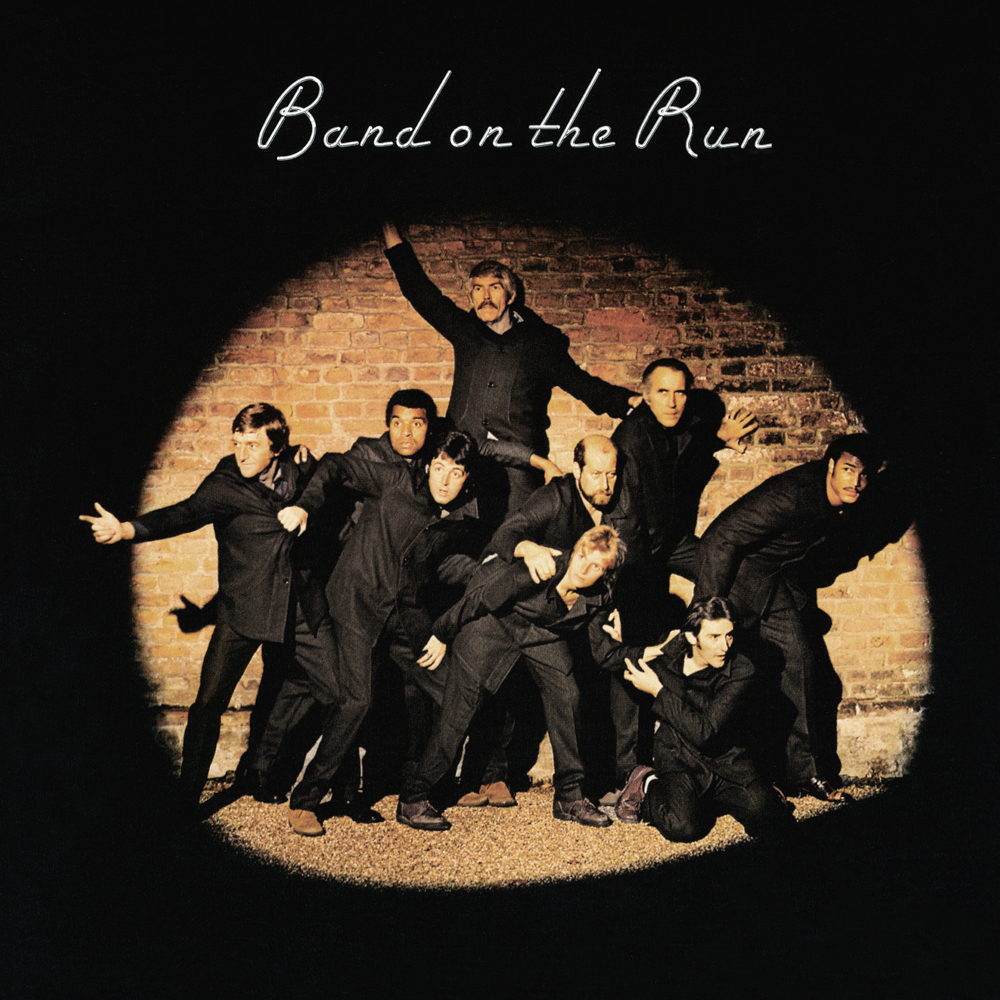 Paul was in trouble.

Despite some records like RAM enjoying retroactive critical praise, Paul’s solo and Wings work following The Beatles’ breakup announcement had yet to break past mediocre commercial success. Old reviews of Wild Life and Red Rose Speedway from the early 70’s paint a grim scene with one review in particular stating Paul’s “apparently begun a process of settling down” and perhaps ironically “working within a band framework that looks to remain stable.” The message was clear; Paul and Wings needed a hit or they would fade away into obscurity.

In an attempt to inject some fresh vibes into his music, Paul decided to get away from EMI’s London studio and record with Wings in a place “off the beaten track”. In his search, he discovered that EMI happened to have a studio in a place that seemed at first to be the perfect fit: Lagos, Nigeria. He just knew “something’s going to happen if we go to Lagos”.

Many things happened, indeed. The night prior to their flight’s departure, Paul got a call from two of his Wings band mates, lead guitar Henry McCullough and drummer Denny Seidel, making it clear they did not intend to come. They quit the band over the phone.

With almost half the band gone just hours before their scheduled flight, Paul was at a crossroads. He could either cut his loses, cancel the whole trip, and try to shamble together a complete band again or ram on anyway to Lagos with the rest of what now remained of Wings—his wife Linda and pianist Denny Laine. Paul made up his mind.

“I’m going to make an album you wish you were on”.

Things only got worse when the intrepid musicians landed at Lagos. What awaited them was a severely underdeveloped state—fresh off a civil war with a military government to boot—and a half-baked, barely finished studio that didn’t even have a proper sound booth. Not to mention, at one point all the demo tapes were stolen in a drive-by theft as Paul and Linda were walking back home one night (they were lucky to leave the situation with their lives).

At that point, most other people would have immediately high-tailed it back home to the cozy London studio (perhaps wisely), but Paul and the band continued time and time again to grit their teeth, dig in their heels, and press forward anyway despite the band falling apart, the shoddy recording studio making recording difficult, and the unsafe environment nearly costing them their lives.

I mean no hyperbole when I say it’s a miracle Band on the Run got made at all.

My album reviews try first and foremost to prime readers into what I believe to be the optimal state of mind for their first listen. To achieve this, I made a habit of prioritizing the album’s lyrics, which I found much easier to use for describing songs than attempting to describe specific sounds with text. This has not been a problem thus far since the albums I’ve covered have been lyrically dense, thus giving me a lot of material to work with.

Band on the Run (and frankly Paul McCartney’s writing style as a whole) breaks my comfortable review format. Since his musical growth spurt in Revolver, Paul embodies a spontaneous, stream-of-consciousness writing style that frequently amounts to songs or movements that don’t actually make any logical sense. As a direct result, when his songs aren’t simple fun, they’re instead something like a scrapbook collage of whatever musical fragments happened to inspire him that day. Take RAM’s “Uncle Albert / Admiral Halsey” for example, which contains three very distinct pieces seemingly superglued together to make a single track, or the “Golden Slumbers” medley which made up the near entirety of Abbey Road’s second side.

So, in traditional Paul fashion, Band on the Run’s lyrics usually are just plain gibberish or run only skin deep. Look no further than “Jet” for an example; it seems to be a song about a bride-to-be and her disapproving father. This was fairly straightforward until Paul later revealed in an interview that “Jet” was actually the name of his pony in Scotland, which had served as the song’s original inspiration. You can still catch remnants of this inspiration even in the released version1, which is made all the more humorous given that Jet also doubles as the disapproving father’s name:

Jet was your father as bold as the sergeant major
How come he told you that you were hardly old enough yet
…
Jet with the wind in your hair.
Of a thousand laces
Climb on the back and we’ll go for a ride in the sky

As a result, Band on the Run defies being pigeon-holed into my poetry-analysis review format and instead demands being experienced as music first and foremost. To clarify, Paul’s writing style is partially what makes this music such a relaxing delight to listen to in the first place. It lets you put down the lyrics sheet, relax as your mind unwinds, and simply enjoy the music washing over you. Band on the Run’s lyrics, and by extension Paul’s writing style, are not meant to be taken too seriously or ripped apart by isolated analysis. So, to better prepare for Paul’s free-spirited writing style, I encourage you to consider avoiding the lyrics sheet for your first listen or two and instead focus on letting your mind escape with the band2.

In my opinion, Band on the Run’s timeless charm stems from the group’s perfect blend of bare Lagos tapes and lush London orchestration recorded upon their return. With half the band gone and the remainder left to record in an incomplete studio, the group were naturally constrained and were forced to boil songs down to the essentials. While a similar approach was used in RAM, Paul’s unusually casual performances on RAM ultimately resulted in a charming album with mediocre production values. For example, in “Backseat of My Car”, the easy-going recording style left what was supposed to be the explosive grand finale sounding disappointingly weak in comparison to Band on the Run’s tightly produced finale, “Nineteen Hundred and Eighty-Five”. In this respect, Band on the Run can be seen as the raw recording approach forged in RAM refined and taken to it’s logical conclusion once Paul had his renowned fire for perfection back in full force.

The band utilized this solid foundation to explore many different sounds and styles, leaving something for just about everyone even with the record’s short ten-track listing; there’s classic rockers in the form of “Helen Wheels”, soothing folk with “Mamonia”, a bite-sized medley with “Picasso’s Last Words (Drink to Me)”, and more! It’s an absolute treat to be surprised at every track with something new that nonetheless sounds like it still came from the same album. Oftentimes, artists have a tendency to remain “samey” through individual albums which has the unfortunate side effect of songs congealing together into indistinguishable blobs. It takes great attention for artists to prevent this from happening, and Band on the Run gracefully does so with it’s diverse palate of genres and tight pacing, leaving no particular style around long enough to get stale.

I’d be remiss if I didn’t mention the Wing’s signature “secret sauce” as being a huge reason Band on the Run sounds as great as it does, even all these years later—Linda McCartney’s backing vocals. Let me be clear; Linda’s vocals are not stellar, they’re average at best and don’t hold up at all when they’re the lead (sorry, “Cook of the House”). However, when Paul or Denny assume the lead and leave her as support, the sum of their parts result in something that’s flawed in theory but shockingly pleasing to hear despite this. This is most apparent in “Helen Wheels”, where Paul and Denny’s polished vocals balance out Linda’s visceral, unwieldy shrieks to produce a unified voice of controlled chaos. Other artists caught on to this magic as well; Michael Jackson specifically requested her to supply backing vocals on “Say Say Say” for this exact reason. Linda’s backing vocals are without a doubt a core ingredient to the Wings’ sound and what makes their vocals so iconic not just on Band on the Run, but the group’s work as a whole.

As you’d expect, with all these elements, Paul continued to leverage his patchwork songwriting style to his advantage in the form of a delightful series of reprises in the last couple songs on the record (though I won’t spoil which ones). Like Abbey Road’s Side Two medley before it, while the motifs don’t amount to anything that makes lyrical sense, simply having the musical reprises make the album feel all the more meaningful. I still get chills when one song in particular makes a surprise reappearance in “Picasso’s Last Words (Drink to Me)”, the album’s penultimate track. For a while now, my litmus test for determining whether an album is just “good” or truly great has been whether or not the album can induce “chills” at the end. In general, at the end of the record, I’m fatigued and starting to get antsy after having sat still for so long (even for some albums I truly enjoy). However, for an album in conditions like that to still nail home-run, chill-inducing climaxes, I know it’s a record that will stand the test of time, as Band on the Run has for me and music lovers everywhere for over forty years.

They say constraint breeds creativity, and nowhere is that exemplified more than Band on the Run. In the face of adversity both internal and external, Paul and Wings crafted an album that not only won the adoration of fans and critics alike but did so with an album brimming with optimistic charm despite the circumstances surrounding its creation. It’s an undeniable achievement by every metric.

In retrospect, the nightmarish trip to Lagos was a success after all; Band on the Run went on to be a blowout success, eventually breaking triple platinum with over 6 million copies sold worldwide. From Paul and Wing’s absurd trip to Lagos came a record naked at its core but grandiose in its ambition that continues to fascinate listeners to this day. The only way to really understand, however, is to give it a spin yourself. So, the next time you’re finally getting out of work and bursting out the doors to rush home, consider throwing Band on the Run on for your great escape (just watch out for those spotlights).